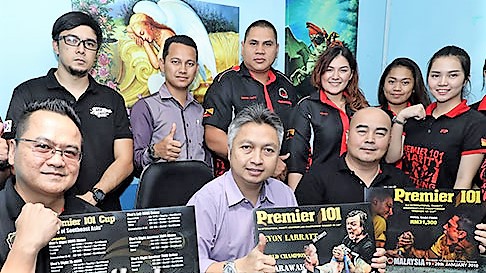 Posted at 18:28h in News by Imelda Anyie 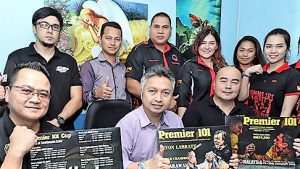 KUCHING – World arm wrestling champion, Devon Larrat from British Columbia in Canada is coming to Kuching City in conjunction with the Premier 101 International Arm Wrestling Tournament 2018 to be held at Premier 101 Square of Jalan Tun Jugah on January 19 and 20.

A seminar on arm wrestling will be organised on January 18 while the referee’s course is scheduled on the next day at the Premier 101 Gym.

According to Sarawak Armsport Association (Sasa), Larrat  who is a professional arm wrestler had also been invited to a seminar on arm wrestling to locals who is keen to take up the sports and to hone their talents further.

Minister for Tourism, Arts, Culture, Youth and Sports Datuk Abdul Karim Rahman Hamzah is expected to officiate the opening ceremony on the evening of Jan 19.