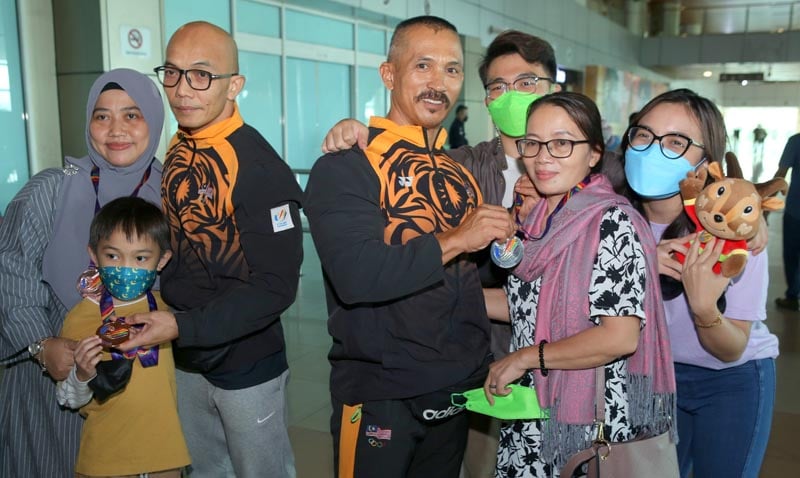 23 May Warm welcome home for bodybuilders

Met by reporters at Kuching International Airport (KIA), they expressed their joy in helping the nation win a silver and a bronze each.

“I am very happy in bagging a silver medal in the 70kg category, eventhough I was aiming for a gold,” Buda said.

This coming July 15, he will be competing in the Mr Asia championship in Maldives .

Malvern, who won a bronze in the 65kg also expressed his joy in been able to contribute to the nation’s medal tally.

“I will be taking part in the Mr Asia on July 15 too and in the World Championship in December in Phuket, Malvern said.