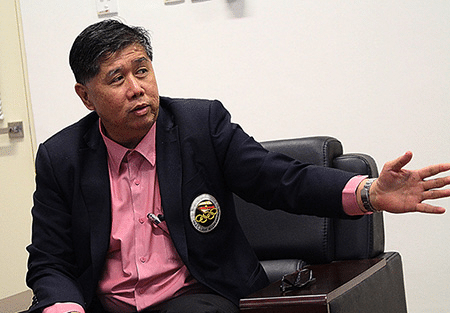 KUCHING: The 20th Malaysia Games (Sukma), which was scheduled to be held in Johor from July 11 to 19, has been postponed due to the Covid-19 pandemic.

This was announced by the Minister of Youth and Sports Dato Sri Reezal Merican Naina Merican after chairing an emergency Malaysian Sports Supreme Council meeting via video teleconference in Putrajaya yesterday.

He said in a statement that the 14 member committee had unanimously agreed to postpone the Games to a date that would be decided at a meeting to be held in early May.

Reezal said the meet would be held either in December or in 2021, adding that the decision would be based on the coronavirus situation in the country and other several factors.

“The dates will not clash with that of any public examinations or top national sports activities. We are also considering the interest of the Games stakeholders especially Johor as the host,” Reezal said.

He also welcomed the decision of the International Olympic Council (IOC) and host Japan to postpone the Tokyo Olympics to ensure the safety and health of the athletes, officials and all those involved in the Games.

In fact, Ong had already proposed the postponement of the Games to the MSN directors of other states in February.

“At that time it was not too bad but now it has worsened. I also suggested that if the situation continues until December, then postpone it to next July. I think a few other states are supporting it if things doesn’t go well,” said Ong who is also Sarawak State Sports Council director.

According to him, it is better to play safe and take the safety of all athletes, coaches and team officials as top priority.

“It is not right for Sukma Johor to go on as scheduled in July because of the high risk involved. We cannot expose our young athletes and officials to that risk and the parents would not agree to it.

“There is also high risk involved when travelling to Johor, commuting via buses or coaches. We would not know if they are infected or become unsuspecting carriers of the disease,” added Ong.

“We are going to have a video conferencing at noon tomorrow with the respective state sports councils and state sports corporations which are involved with the preparation for Sukma 2021.

“All training have been postponed and we have no alternative but to wait until the lockdown is called off before we can plan the next course of action,” he said.

“For the time being, they (athletes) will have to undergo home training programme such as strength and conditioning, psychology, nutrition, rehabilitation and so on.

“We will make a decision after my meeting with all the head of units of MSN involved with the preparation of Sukma,” he added.