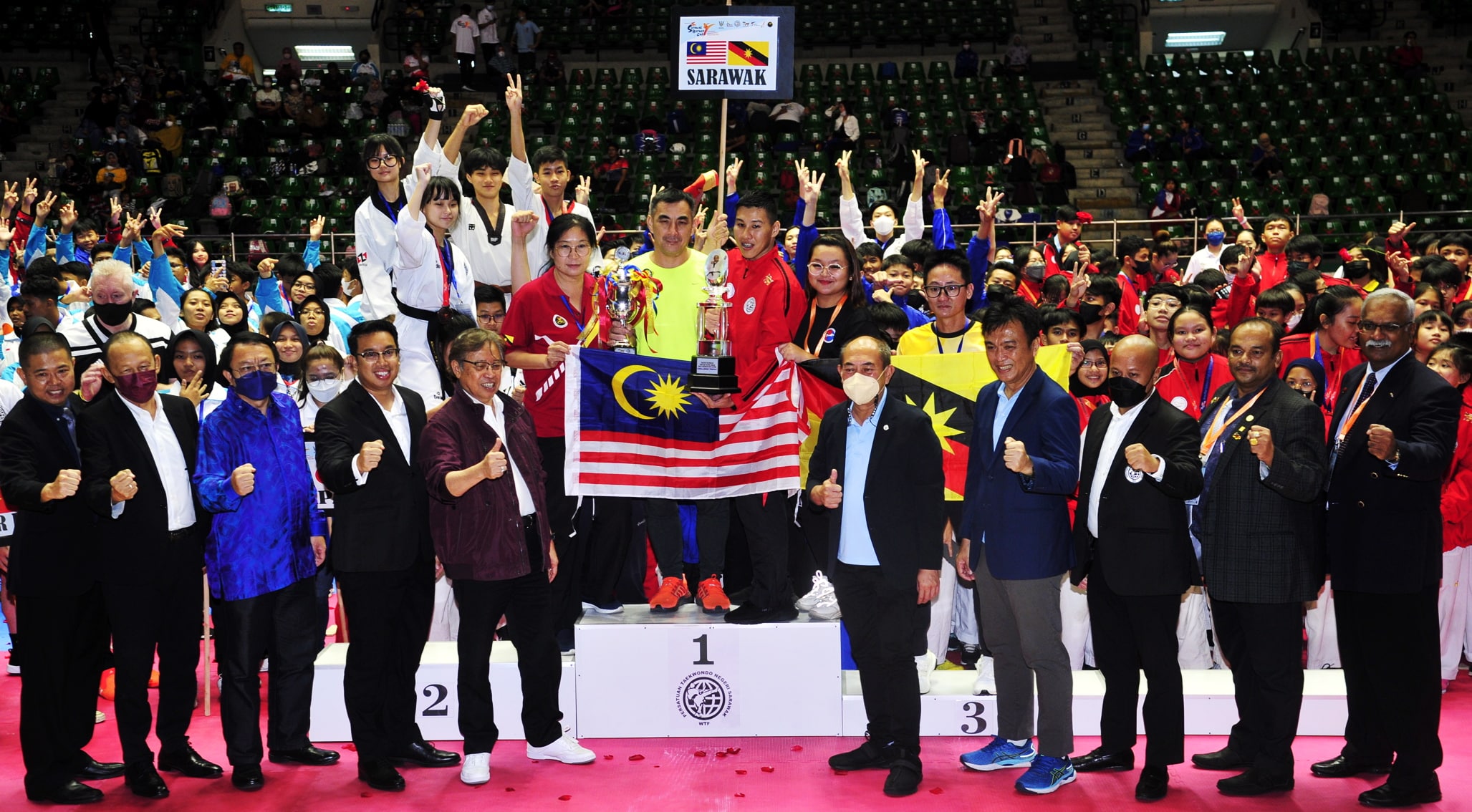 KUCHING: Sarawak Taekwondo Association has expressed its disappointment over the exclusion of taekwondo from this year’s Malaysia Games (SUKMA).

Its president Azizul Annuar Adenan, who is also the Taekwondo Malaysia (TM) president said despite several meetings with the Olympic Council of Malaysia (OCM) and Malaysian Sports Council (MSN) over the application for taekwondo to be included SUKMA, but it fell on deaf ears.

“We have made several applications and complaints for taekwondo to be included, but still it has been rejected.

“The reason being is because it is being claimed that there is internal conflict in TM,” he told reporters when met after the Premier of Sarawak Borneo Cup International Taekwondo (WTF) Championship 2022 at the Indoor Stadium yesterday.

However, Azizul refuted such claims, saying that this was not the case in TM.

“I believe there is an element from outside who says that we have internal politics, but it is not true at all.

“If I may repeat what Datuk Abdul Karim Rahman Hamzah (Minister of Youth, Sports and Entrepreneur Development) said earlier, there is too much politics in sports,” he said, while adding that TM has always been inclusive and accepts participation from other taekwondo bodies to compete.

He added there were also enough participating states for the taekwondo events and hence that should not be the reason for it to be dropped from SUKMA.

“Indeed, this (dropping of taekwondo from SUKMA) had an impact on youth development. This is because we do not have a grassroots tournament or to develop grassroots to represent the country at the Southeast Asian Games (SEA Games).

“In the SEA Games in Hanoi last year, we didn’t have any grassroots competition but we still sent a team to compete and they brought back medals.

“This shows that we can still do it, but on the other hand, it is better if there are grassroots competitions like this in order to develop the potential of our athletes.

“And now, taekwondo is no longer listed as a core sport, therefore I appeal to the Youth and Sports Minister Datuk Seri Ahmad Faizal Azumu and MSN to please look at the development of taekwondo in our country,” he said.

Azizul also did not lose hope and hoped that taekwondo would be included in the 2024 SUKMA.