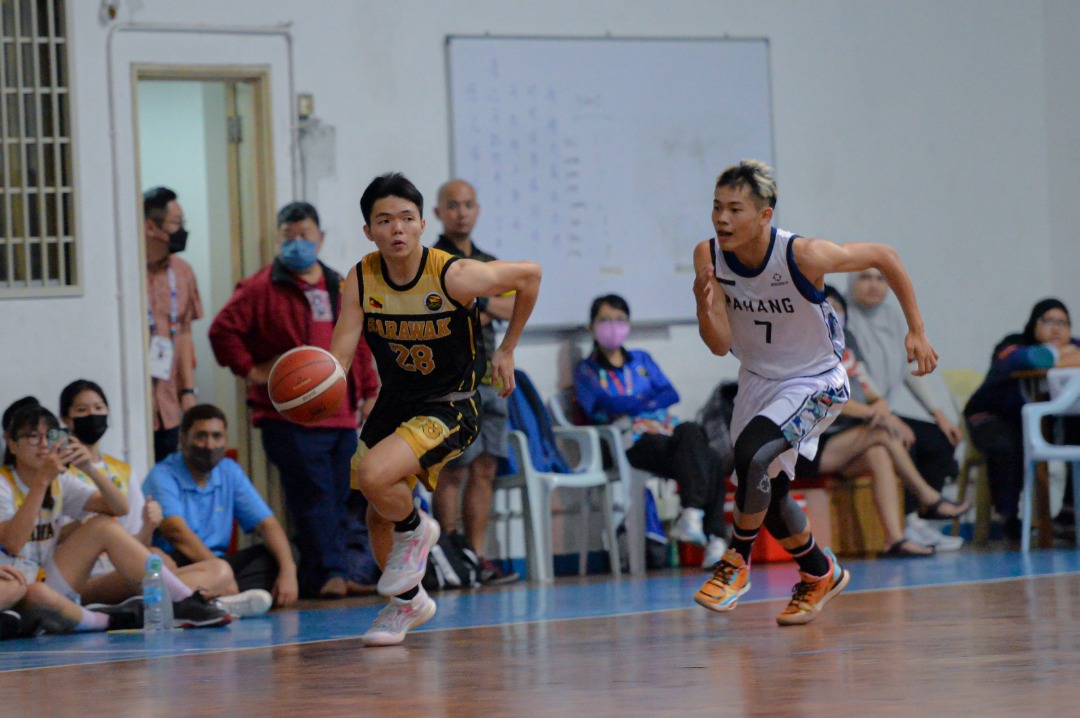 KUALA LUMPUR (Sept 16): Sarawak’s men’s basketball team got off to a flying start in their Sukma campaign yesterday when they outplayed Pahang 87-54 in a Group A match at MABA Stadium.

The team coached by Yong Kian Ann raced to an early 6-1 lead but Pahang gave chase and led 8-6 at one stage.

However, Bong Zhi Long and Xavier Jong Yu Kai led the team to score 10-0 to retake the lead 25-11 at the end of the first quarter.

The start of the second quarter saw a stalemate in the first four minutes where both teams failed to score any point until Tiong Ing Kun finally sank a three-pointer.

However, a lapse in the Sarawak defence allowed their opponents to gain five points and the second quarter ended with Sarawak leading Pahang 50-16.

After the breather, Sarawak changed strategies and tactics to stretch their lead to 67-33 at end of third quarter before wrapping up their first victory with a 33-point difference.

Yong was satisfied with the team’s performance, saying that they had played well to instructions.

“Our team had set a target in this Sukma and the players went all out in the match and played well, as we are well prepared for the challenge,” he said.

Sarawak will next play Penang today, while the women’s team will open their campaign against Melaka in Group A.