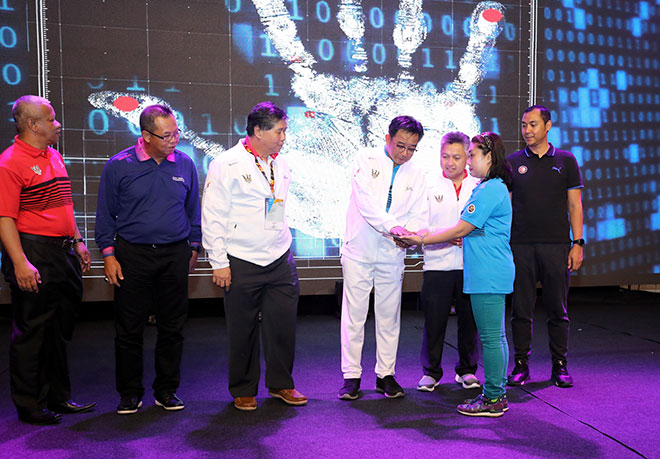 Posted at 07:04h in News by Imelda Anyie 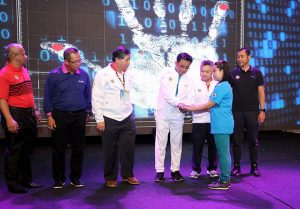 KUCHING: It was a historic day for Sarawak of some sort after the Sukan Sarawak (SukSar) or Sarawak Games was revived once again after a lapse of 27 years.

Chief Minister of Sarawak, His Right Honourable Datuk Patinggi Abang Johari Tun Openg, who congratulated the organising committee for a job well done and said the last time SukSar was held was in 1990, the same year that Sarawak played host to Sukan Malaysia (Sukma) and became the overall champions.

“Not only once but for three consecutive Sukma Sarawak remained as the overall champions, which made our contingent a respected and held in high esteem by contingents of other states.

“For SukSar 2017, we have an important mission and that is to unearth and uplift our new talents to prepare our contingent for the challenge in Sukma XIX in Perak next year…tt is no secret that Sarawak wants to return to its glory days and become a sports powerhouse in the country,” he said.

“And various efforts have been and will be made,” he said in the text of speech which was read by Sarawak’s Minister of Tourism, Arts, Culture, Youth and Sports, Datuk Abdul Karim Rahman Hamzah who represented him at the opening of SukSar 2017 held at Sarawak Indoor Stadium in Petra Jaya on December 14.

“The state government have invested much in sports infrastructure which are of world standard and have allocated an extra RM10.9 million every year from the RM3 million allocated to the ministry to carry out various sports activities. Our efforts are not only to make Sarawak a sports powerhouse but we also want to bring in more international competitions to the state,” he enthused.

According to the Chief Minister, this year alone, Sarawak had played host to 11 international sporting events including the Malaysia Open Badminton Championship, Fina World Diving Championship and the ITF Junior Circuits.

“Our aim is to be the host for the 21st Asia Masters Athletic Championship and World Para Swimming Championship in 2019. As such, efforts to manage and plan for the preparations must be done as we will be welcoming the Masters athletes and Para athletes from other countries and at the same time promoting sports tourism in Sarawak,” said the Chief Minister.

He stressed on the need to have new strategies in searching for young athletes who have hidden talents and  for the schools to identify potential athletes and inform either the ministry or the Sarawak State Sports Council.

“If necessary, set up an incentive scheme especially for needy students in rural areas. I hope that this Suksar will bring up the athletes especially the young and new to represent Sarawak in higher level competitions.

“We believe that there more talents that yet to be unearthed, groomed and given chance and here SuSsar  plays the role in exposing them at the early stage,” the Chief Minister added. Also present were Assistant Minister of Youth and Sports, YB Datuk Snowdan Lawan, Sarawak Sports Corporation (SSC) Chief Executive Officer, Dr Ong Kong Swee and other local dignitaries.