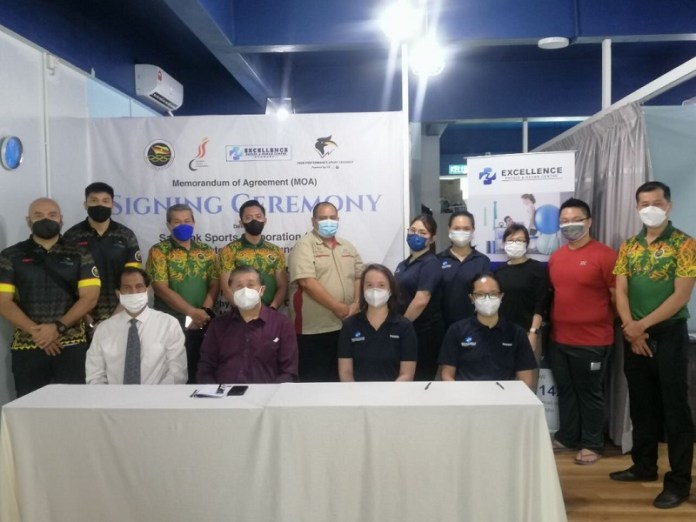 24 Nov SSC to set up rehabilitation centres in Kuching, Miri and Sibu

Posted at 14:26h in News by Fadzillah

KUCHING, Nov 23: Sarawak Sports Corporation (SSC) is planning to set up rehabilitation centres in Kuching, Miri and Sibu under the State’s sports master plan to care for injured athletes and assist them in recovering from their injuries.

SSC, Sarawak State Sports Council and Excellence Physio and Rehab Centre had on Nov 15 signed an official collaboration to provide rehabilitation services to State athletes who are based in Miri.

With that, State athletes in the Northern Zone can fall back on a sports specific rehabilitation centre to help them recover from sports injuries as well as athletes in the south zone.

SSC’s chief executive officer Dr Ong Kong Swee said, “We have plan to have three rehabilitation centre in Sarawak as planned in our sports master plan for high performance centre.

“The next centre will be in the Central Zone which is in Sibu.

“We are fortunate because we are one of the few states that now has at least two high performance rehabilitation centre that is aimed at helping injured athletes recover quickly and safely from sports-related injuries and to return to peak performance,” he said.

Ong hoped that Sarawak’s athletes will benefit from the various physiotherapy and rehabilitation services from the three zones in the future.

He noted some of the State’s athletes have gone on to become podium winners and have been drafted into the national squads after going through the rehabilitation services which is important for them to recover on time from surgery or injuries.

Meanwhile, SSC said among the most common sports injuries are back problems, ligament strains and sprains, anterior cruciate ligament and meniscus tears, muscular strains and tendonitis in the shoulders or different muscles of the legs.

Rehabilitation after an injury help athletes resuming their training as soon as possible.

“This centre is very important to us because we want our athletes to be injury-free and ready for any challenges and competitions,” Ong added.

The high performance rehabilitation centre is managed by an experienced team of musculoskeletal physiotherapists, nutritionists as well as sports therapists and equipped with specialised equipment.