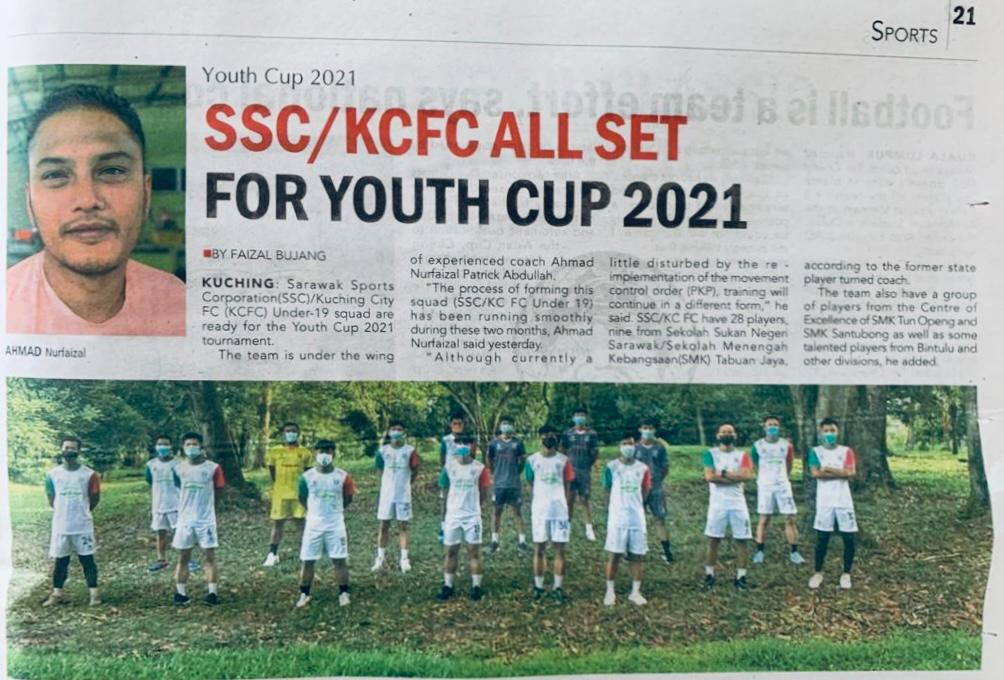 The team is under the wing of experienced coach Ahmad Nurfaizal Patrick Abdullah.

“The process of forming this squad (SSC/KC FC Under 19) has been running smoothly during these two months, Ahmad Nurfaizal said yesterday.

“Although currently a little disturbed by the re-implementation of the movement control order (PKP), training will continue in a different form,” he said. SSC/KC FC have 28 players, nine from Sekolah Sukan Negeri Sarawak/Sekolah Menengah Kebangsaan(SMK) Tabuan Jaya, according to the former state player turned coach.

The team also has a group of players from the Centre of Excellence of SMK Tun Openg and SMK Santubong as well as some talented players from Bintulu and other divisions, he added.