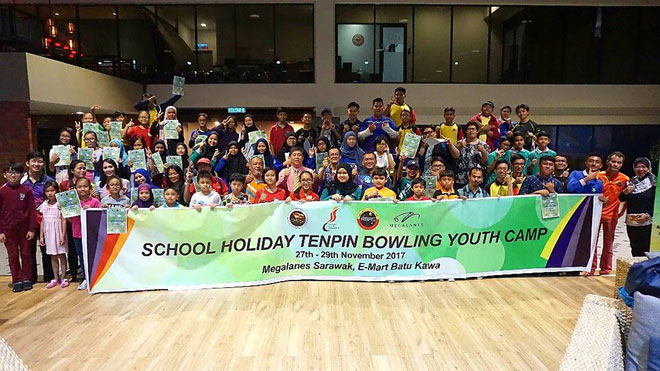 Posted at 06:47h in News by Imelda Anyie 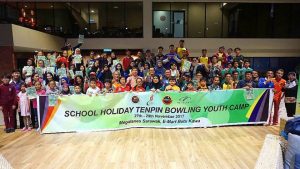 KUCHING: Sarawak Sports Corporation (SSC) had called on local sports associations to organise more development programmes and the emphasis must be given on the importance of conducting courses, be it for officials, referees or athletes of sports associations.

THis was mentioned by SSC chief executive officer, Dr Ong Kong Swee who said athletes including their coaches, teachers and parents have to play the very important role in the success of such initiatives.

“SSC have conducted a lot of courses to alleviate the status of sports associations to have qualified coaches and officials and will support any sports bodies to conduct their own activities of this nature,” he said at the closing of the three-day School Holiday Tenpin Bowling Youth Camp 2017 organised by Amateur Bowling Association of Sarawak (ABAS) at Megalanes Sarawak, Batu Kawa on November 29.

In his closing speech, Dr Ong prasied ABAS and said that more development and training camps should be organised especially for young athletes who in the near can provide a larger pool of talented local athletes. He enthused that the young talented athletes could be absorbed into several youth development programmes run by SSC, MSNS and ABAS tailored to groom them into future champions.

Over 100 participants from primary and secondary schools attended the camp from Nov 27 to 29. The camp instructors for the event were tenpin bowling coaches Robert Lu, Angelo Koay and Bong Kihow while the fitness and strength training sessions were conducted by Sapian Jamain and team builder, Ramliee Ahmad from MSN Sarawak.

ABAS vice president, Robert Lu who also spokw during the closing ceremony disclosed there will be courses lined up for tenpin bowling officials, teachers and athletes in 2018. He also announced that the Phase II Level 1 instructors’ course for school teachers is expected to be held in January next year.