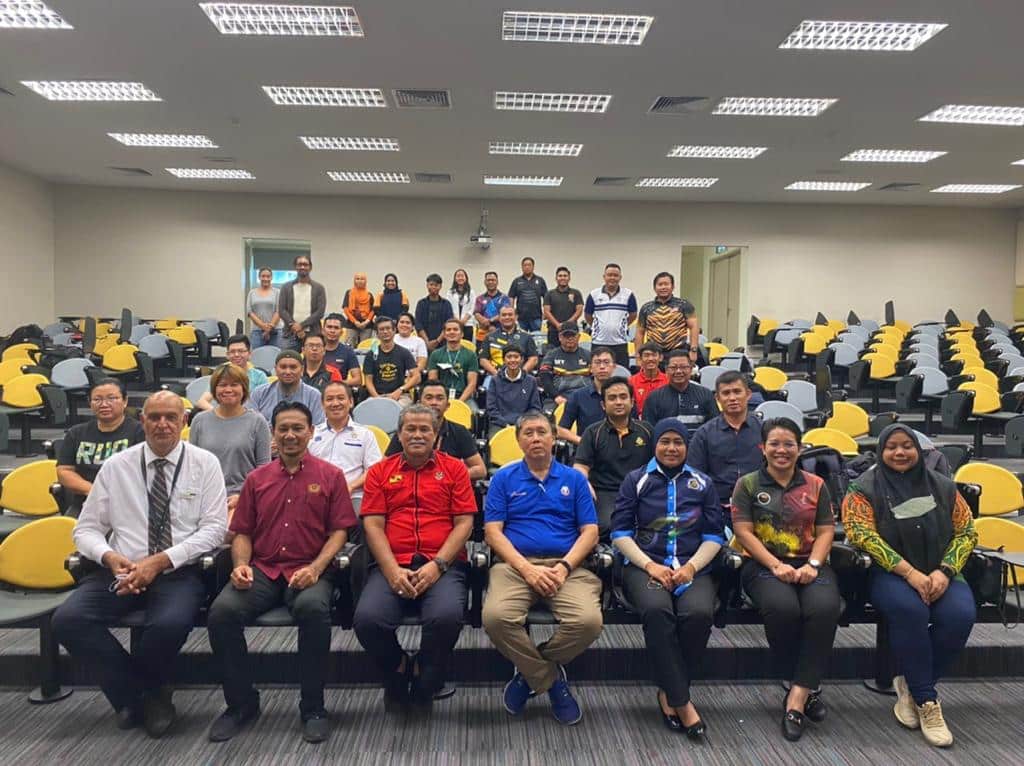 Posted at 13:16h in News by Fadzillah

Jointly organised by Sarawak Sports Corporation (SSC), Sarawak State Sports Council (MSNS) and Curtin University Malaysia, the course was conducted and delivered by sports expert management speakers from SSC, sports association and university lecturer with vast experience in the area of sports management and administration at various level in the state.

According to Dr Ong Kong Swee, the head evaluator of the Level I course said that KPSK is a structured sports management programme that will be held at three levels.

“The initial programme is a Level I whereby those who passed will be awarded a Level I certificate.

“The Level I certificates in fact will enable them to manage schools and club levels in their district.

“Level II is for state level while Level III is for national level,” said Ong, who is also the panel head executive committee for the KPSK course in Sarawak.

Meanwhile, the head coordinator of the KPSK course, Yuzaidi Usop expressed his happiness that the programme has run smoothly.

Yuzaidi said he would certainly make sure that Sarawak sports practitioners, especially sports associations and clubs, are given the priority and chances to attend KPSK Level I and II courses in the future.

“At present, most of the KPSK courses are conducted in the Peninsula.

“The first KPSK Level I programme was a great success in Curtin University for the north zone of Sarawak and I will ensure that other areas in Sarawak will have the KPSK programme this year.

“The reason is that there is a large demand for these courses in Sarawak,” he added.

Representing the chief executive officer of SSCMorshidi Federick was Ahmad Rodzli Hashim to officiate at the closing ceremony.