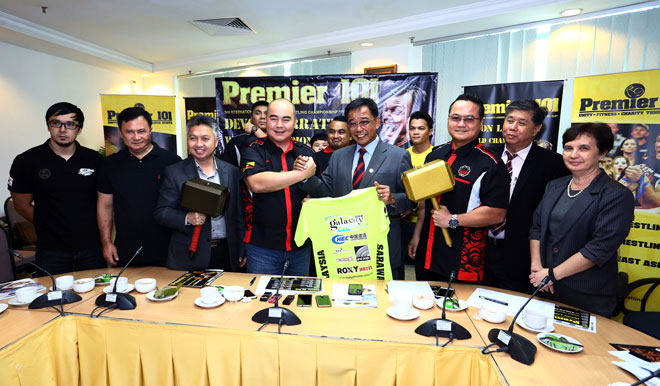 Posted at 08:51h in News by Imelda Anyie 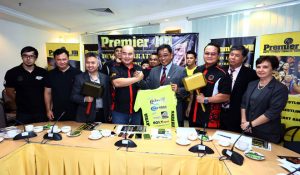 KUCHING: The 3rd International Charity Arm Wrestling Championship 2018 which wil be held at Premier 101 Commercial Centre of Jalan Tun Jugah on January 16 to 20 had attracted 500 entries from 20 different countries including local participants.

This was announced by Sarawak’s Minister of Tourism, Arts, Culture, Youth and Sports, YB Datuk Abdul Karim Rahman Hamzah during a press conference recently at his office in Baitul Makmur, Petra Jaya in which he disclosed 300 entries are from locals and those from other states.

“There are going to be around 200 international arm wrestlers from countries such as the United States, Australia, New Zealand, Thailand, China, Taiwan, Japan, Russia, Kazakhastan, Vietnam, Brunei, India, Nigeria, Korea, Belarus, Indonesia, Ukraine, Turkey, Italy and the Philippines are competing in the two-day event,” the minister said on the event organised by Sarawak Arm Sports Association (SASA) and Premier 101.