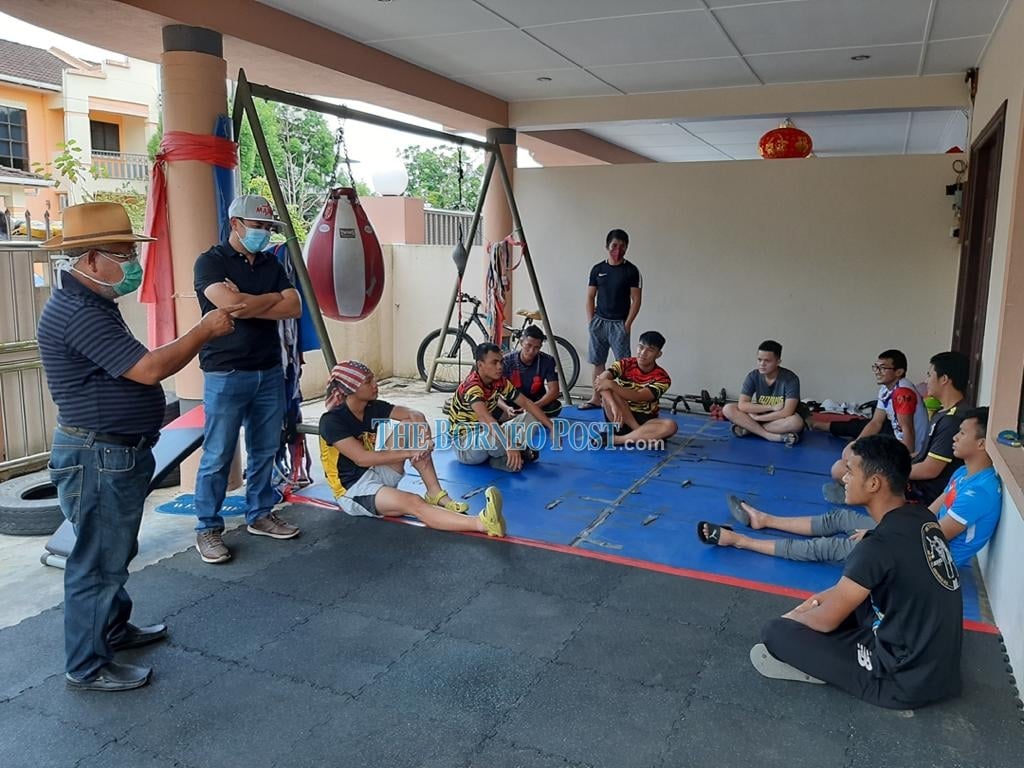 10 Apr Saba president: Report on Sukma boxers surviving only on ‘paku’ and rice an overstatement

KUCHING, April 8: The description of nine young Sarawak athletes from rural areas being neglected and left to fend for themselves, surviving on a minimal amount of food consisting of paku (wild fern) and rice is an “overstatement”, says Sarawak Amateur Boxing Association (Saba) president Datuk Rahman Lariwoo.

Rahman added that he was “very disappointed” with the report by the news portal DayakDaily on Tuesday highlighting their “plight” which had hurt the image of the association.

He had received numerous calls and WhatsApp messages from the Youth and Sports Minister Datuk Abdul Karim Rahman Hamzah and assistant minister Datuk Snowdan Lawan, Saba officials and friends over the matter.

“We always have the welfare of the athletes and coaches in mind and we have always supplied food rations to the boxers not only during the Movement Control Order (MCO) due to the Covid-19 pandemic but also since three years ago when they were based at a house in Matang.

“I take good care of them as if they are my sons and l feel very sad to hear the report that said they are being neglected. As for the food rations, whenever they have a request, it will be attended to the very next day by myself or Saba officials,” he told reporters after visiting the nine boxers and Filipino coach Wilbur Buag Andogan in the rented house at Sungai Maong yesterday.

Rahman said previously the Sukma boxers, backup boxers as well as development athletes had also stayed together for training.

According to Rahman, none of the boxers had spoken to the journalists concerned and he was flabbergasted as to how they did they gather the information that their menu for many days had only been rice fried with onion and anchovies, plus a dish of paku collected from a nearby swamp.

“The boxers acknowledged that someone came to the house one day to deliver some food to them but did not identify themselves.

“As for the delay of the allowances for some boxers, Saba has no control over this matter because it is under the jurisdiction of the Sarawak State Sports Council (MSNS) and its sports development officer (SDO) for boxing Arrolflynn Elvic Slie.

“It may be due to the extension of the MCO or some other reason,” added Rahman.

Meanwhile, MSNS director Dr Ong Kong Swee, who is also Sarawak Sports Corporation CEO, said the council is speeding up the process of paying the allowances to the Sukma athletes.

“The delay in payment is due to the delay in sending the hard copy reports by the coaches as a result of the MCO and that’s why we have requested for them to forward their reports via email. We have to follow the Standard of Procedure (SOP) in paying the allowances.

“We are also paying the rentals of the houses where the athletes are staying and the salaries of the coaches accordingly and consistently.

“All Sukma athletes shall get their allowances by this week,” he assured, adding that MSNS will be conducting an investigation into the matter so that such thing will not happen again.