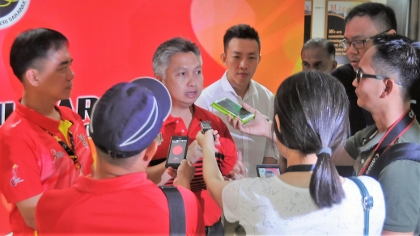 Posted at 09:00h in News by Imelda Anyie 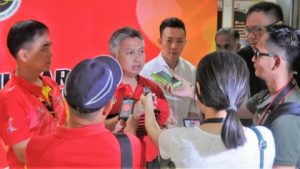 KUCHING: Sarawak Assistant Minister of Youth and Sports, YB Datuk Snowdan Lawan had expressed hope for Putrajaya to reconsider its recent decision to drop weightlifting, sepak takraw and taekwondo from the list of national core sports.

The minister opined that it was not wise to drop the three events because it is considered unfair to individual athletes and states which had worked very hard for to be the best in such disciplines.

“I give an example, you look at the Winter Olympics, they banned the country Russia but they did not ban the game. “The Winter Olympics Committee said that some of the Russian athletes were involved in doping cases, so to be fair, they banned the country but they did not ban the game,” he said when met during the visit to the Sukan Sarawak (SukSar) 2017 held at Sarawak Stadium in Petra Jaya on December 14.

Datuk Snowdan said the Ministry of Youth and Sports should not drop the three games but instead ban certain associations or states from taking part in the events because the decision to drop those games had shattered the dreams and hope of young athletes who were determined to shine in the sports arena.

“I hope they will think about it wisely and to be fair. You ban the whole game, it’s finished. We are very disappointed with the decision,” he added.

On Tuesday, Youth and Sports Minister Khairy Jamaluddin announced that weightlifting, sepak takraw and taekwondo had been dropped from the list of national core sports due to poor performance or not showing improvement.

He said the decision was made after the ministry and the National Sports Council (MSN) conducted a review including an in-depth study on the performances of the three sports since 2007.

sepak takraw and taekwondo were dropped for not showing improvement in their performances.

WADA) since four years ago. Sepak takraw did not focus much on development aspects and the world ranking is threatened by emerging countries.

achievement of taekwondo is extremely not satisfactory. This sport does not exhibit positive achievements and the crisis in the sport has resulted in disunity among stakeholders,” Khairy was quoted as saying by Bernama.