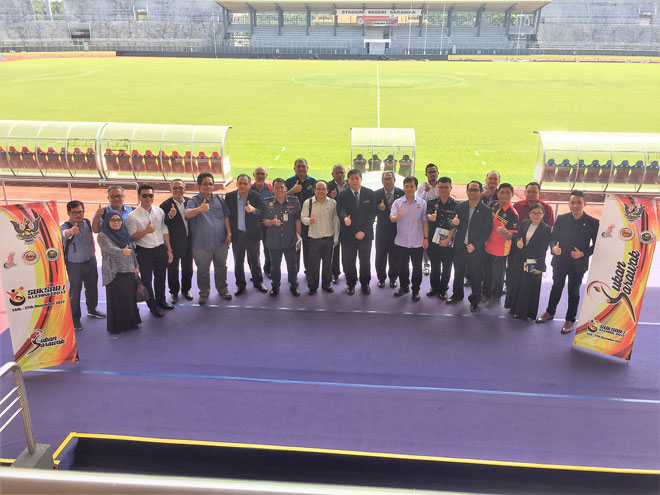 Posted at 21:23h in News by Imelda Anyie 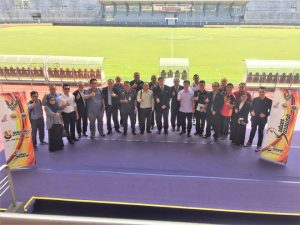 KUCHING: Preparations for the coming Sukan Sarawak (SukSar) from Dec 14-17 here has entered its final stage with participating contingents from four zones having finalised their list of athletes.

This was announced by Sarawak Sports Corporation (SSC) chief executive officer Dr Ong Kong Swee on November 10 after chairing the co-ordination meeting at Stadium Negeri, Petra Jaya together with the respective chefs-de-mission from the four participating zones and members of the organising committee. “The final date for the submission of athletes is Nov 15 but we have already received the list from the respective contingents which is a good sign of their readiness to compete in SukSar,” Ong said. The opening of the state’s largest sporting event is scheduled on Dec 14 at the Sarawak Indoor Stadium in Petra Jaya while the closing ceremony is expected to be held at the same venue on Dec 17.

“Most of the contingents have completed their own final selection of athletes and some are organising their centralised training prior to their arrival in Kuching on Dec 12,” said Ong who expressed satisfaction on the level of preparation among the contingents.

During the meeting, the participating contingents were briefed on SukSar Games village for the athletes’ accommodation which will be at the Rafflesia College of University Malaysia Sarawak (Unimas) in Kota Samarahan while the teams and technical officials are staying at INTAN Training Centre.
“The athletes will be occupying 11 out of the 17 blocks of accommodation available at the Rafflesia College in Unimas and we made it compulsory for their accompanying coaches to be staying with them there too,” Ong said.

He also disclosed the final meeting for all of the contingents heads is scheduled on Nov 30 and there will be a series of activities to be held to promote the coming SukSar which is aimed to unearth sporting talents among local athletes who may be given the golden opportunity to represent Sarawak in the coming Malaysia Games or Sukma.