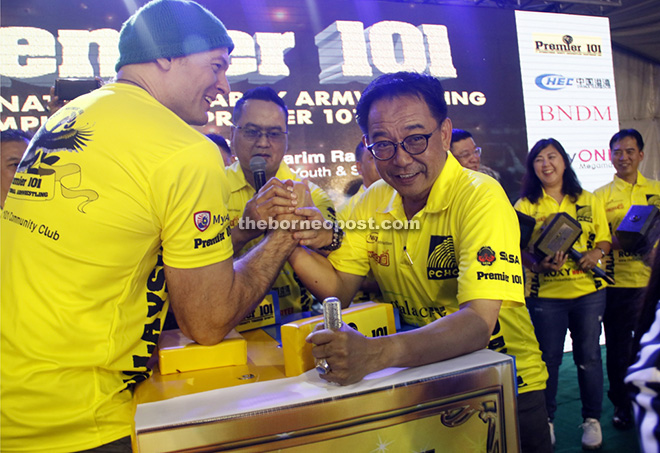 Posted at 22:08h in News by Imelda Anyie 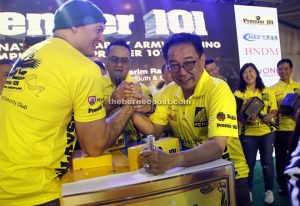 He commended Sarawak Armsports Association (SASA) for organising the event which can contribute meaningfully to the development of sports in Sarawak and making it a great tool to stimulate and drive economic as well as social and community development.

“When SASA told me about the tournament last month, I was excited because the organiser was not only interested to promote the sports via the tournament but also to carry out charitable works via the same platform,” he said at the opening ceremony held Premier 101 commercial centre at Jalan Tun Jugah on January 19.

“I am really impressed by the organiser’s noble efforts to simultaneously promote the sports and carrying out charitable works. Thank you to all those involved for making this possible,” he enthused.

This year’s championship had attracted over 500 participants from over 20 countries including India, China, Taiwan, Australia, New Zealand, Vietnam, Indonesia, Thailand and Russia.