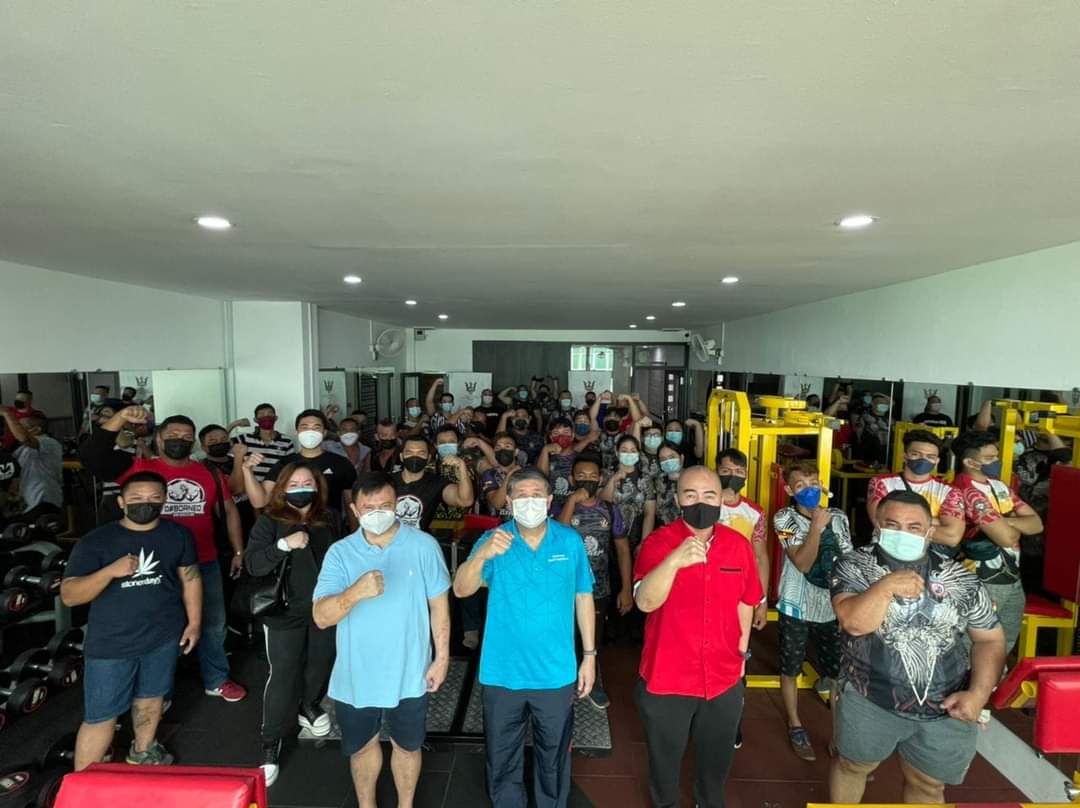 Posted at 13:15h in News by Fadzillah

Webselt claimed another medal when he claimed the Junior Open Left Hand title after beating Bonnyface Ronny Steven Ajak. In third and fourth positions were Gibson and Steve.

The Men’s Open Right Hand was won by Hariz Joesph Abdullah who beat Rengga Ansok in the final. Kenny Choo Tzan Liong and Oscar Mason Chai were third and fourth.

Kenny Choo was the champion in the Men’s Open Left Hand followed by Rengga, Oscar and Desmond Joesph Sandai from second to fourth placings.

However, Bernice Gan outwrestled Abigail in the Women’s Open Left Hand for the title while Flora was third.

The one-day tournament organised by Premier 101 Armwrestling Club and supported by the Ministry of Youth and Sports and Sarawak Sports Corporation (SSC), and sanctioned by Malaysia Armwrestling Federation (MyArm), attracted 31 pullers including the three female participants.

It was mainly aimed at selecting the Sarawak team for the National Armwrestling Championship to be held in Kuala Lumpur on Dec 11.