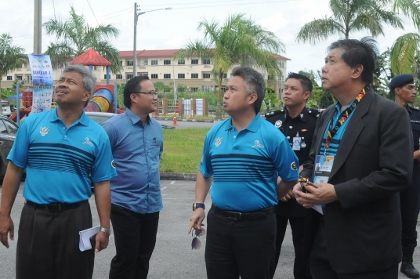 Posted at 11:12h in News by Imelda Anyie 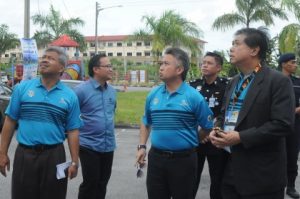 A total of 1,000 athletes accompanied by their coaches and team officials will eventually be settled there before they compete in SukSar 2017 Games to be held at Sarawak Sports Complex in Petra Jaya, Santubong and Kota Samarahan from December 14 to 17.

Assistant Minister of Youth and Sports Datuk Snowdan Lawan who is also chairman of the organising committee of SukSar 2017 had recently visited the games village on DEcember 12 and was satisfied with preparations which went smoothly.

“We are anticipating more athletes to arrive later today (yesterday) and from my visit today, everything here seems to be ready and in place for the games,” the minister said on the related accommodation, transportation, security arrangements and medical aspects that are ready and in place.

“With younger athletes participating, we believe that best performing athletes of this games will stand the chance to be chosen to represent the state for next year’s Sukma in Perak.”