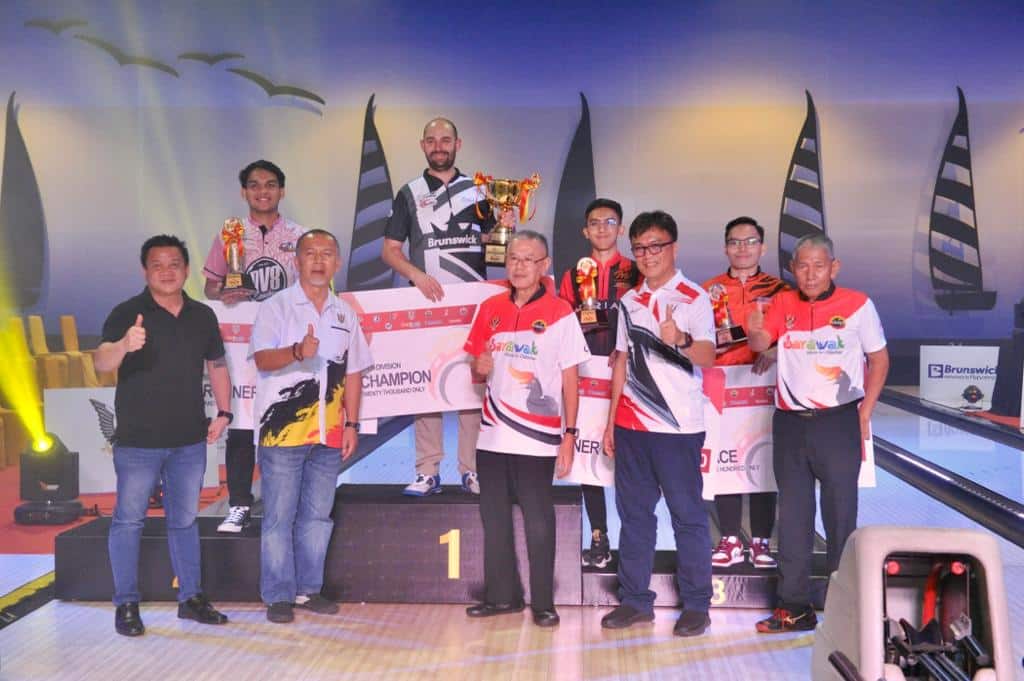 “This Championships is also honoured to have the participation of Dominic Barrett from Great Britain, the Brunswick Euro champion and current PBA major winner.

“I am given to understand that this Championship saw very impressive scores. Without a doubt the latest techniques and skills were showcased in Kuching,” said Abdul Karim who is also Minister of Tourism, Creative Industry and Performing Arts, at the closing ceremony.

His speech of text was read by Senator Dato Ahmad Ibrahim, the deputy chairman of Padawan Municipal Council who represented the minister.

“I congratulate the Amateur (Tenpin) Bowling Association of Sarawak (ABAS) for successfully organising this event. We appreciate your continued sacrifices and endeavours in promoting the sport in the State of Sarawak.

“Thank you for your selfless service and endless contribution in organising such a splendid event.

“I also congratulate the winners and everyone who came. I am assured that all participants have savoured the privilege and experience of being a part of this significant event.

“And I am sure for those who did not win; the honour of participation itself is a priceless reward. May Kuching and Sarawak be forever etched in your memories and with countless stories to tell when you return to your home country,” he said.