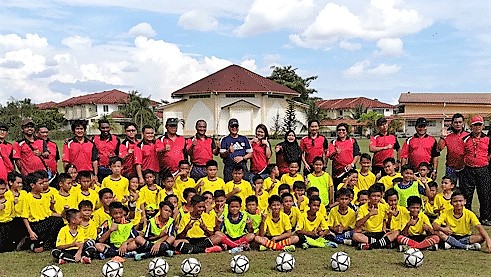 Posted at 21:49h in Archived by Imelda Anyie 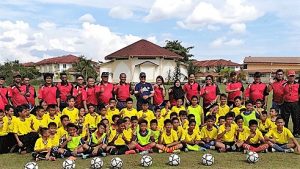 SIBU: A total of 56 primary school students took part in the 2nd series of the Sarawak Under-12 football clinic 2018 which was held at SMK Lanang in Sibu from March 19 to 20.

The clinic was conducted by former local football star, Lucas Kallang who told the local media that the aim of the training series is to identify raw football potential among the boys.

‘We have always been working hard to ensure the continuity of the supply of footballers to enhance the standard of the game in Sarawak,” he enthused on the 2nd series which covered the central zone areas including Sibu, Sarikei, Kapit, Salangau, Mukah and Kanowit.

The 1st series was held for southern zone which was held in Kuching a week earlier, and had attracted over 100 participants. The 3rd series for northern zone will be held in Miri from April 28-29. During the clinic, the participants were given lessons that covered dribbling skills, attacking, heading, ball controlling and other playing techniques.

“We also have 10 qualified football coaches from Sibu, Julau and Mukah to conduct the two-day clinic,” said Lucas on the event which was also attended by  Sarawak Sports Council central zone coordinator Gloria James.