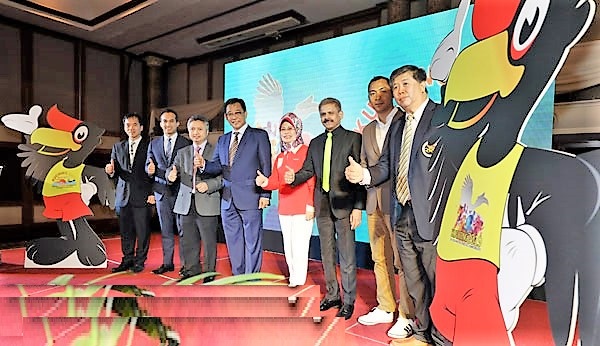 Posted at 10:52h in News by Imelda Anyie 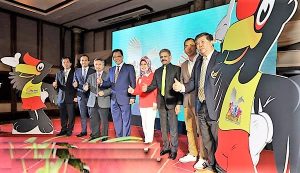 KUCHING – The upcoming 21st Asia Masters Athletics Championship (AMAC) and the 9th World Paralympic Swimming Championship to be hosted by Kuching City will be among the international sporting events to coincide with the Visit Sarawak Year (VSY) 2019.

This was announced by Sarawak Minister of Tourism, Arts, Culture, Youth and Sports, YB Datuk Abdul Karim Rahman Hamzah who launched the two events at Riverside Majestic Hotel on January 29.

According to him, Kuching will make history as the first city in Asia to host the 9th World Para Swimming Championships from July 29 to Aug 4 at Pandelela Rinong Aquatics Centre and it is expected to attract 800 athletes and 400 officials from 80 countries.

Another 3,500 entries from 30 countries are expected for the 21st Asia Masters Athletics Championship to be held at Sarawak Stadium, Petra Jaya from  Dec 2 to 6 next year.