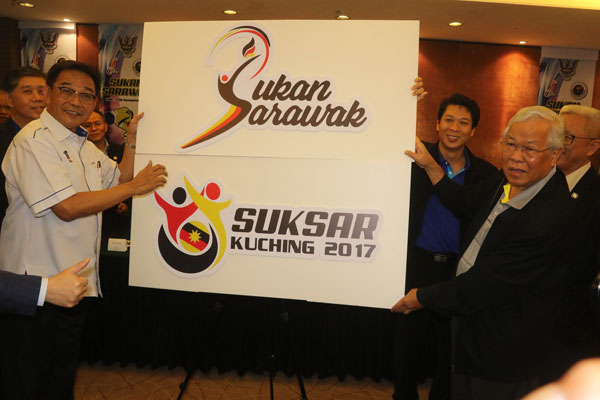 Posted at 13:34h in Archived by Lynda

Back after a lapse of 27 years, he said the biennial Games (held once in every two years) is actually a revival of the Sarawak Games which was last held in 1990 before the state won the first Malaysia Games (Sukma) title in Kuching.

But after that, it has never had a whiff of the Sukma title again.

Manyin said SukSar was revived as Sarawak remains committed to become a sports powerhouse in the country, adding that SukSar is an ideal ground to groom young champions.

He stressed that SukSar would be used to unearth new sport talents in the state as well as to expose them to real competition.

“We will also use SukSar to select aspiring athletes to represent Sarawak in Sukma. Those who win gold and silver medals will be called to undergo intensive training for Sukma or even international competition,” he told a press conference here yesterday.

Manyin however, said they could not have an inter-division SukSar because it will be very costly.

He said because of that, athletes would have to first compete at the zonal level – Northern Zone (Limbang, Miri and Bintulu), Central Zone (Kapit, Sibu and Mukah), Eastern Zone (Sarikei, Betong and Sri Aman) and Southern Zone (Kuching, Samarahan and Serian).

“Each zone will have to organise their own games to select athletes to represent them in SukSar,” he said.

Manyin said SukSar would involve both normal and special athletes, who may be selected to represent the state in Sukma and the national Paralympics Games.

Manyin said the organising committee – spearheaded by Sarawak Sports Corporation, MSN Sarawak and the Ministry of Youth, Sports and Solidarity – is determined to make SukSar one of the premier sporting events in Sarawak or perhaps in the region.

Later, the minister unveiled the official logo for SukSar 2017 which will become the iconic brand of the sporting event. Also present was Assistant Minister for Youth and Sports Datuk Abdul Karim Rahman Hamzah.