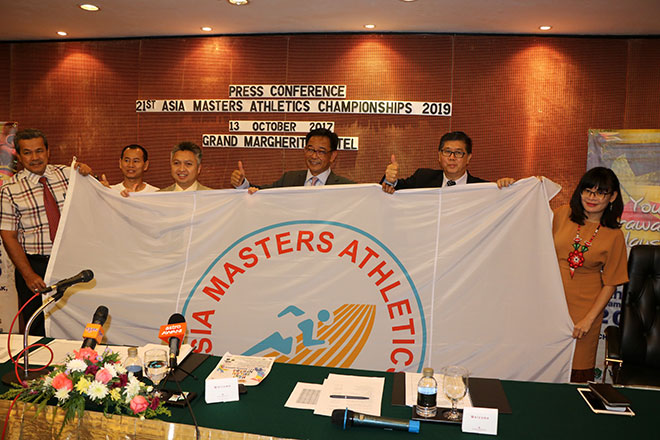 KUCHING: Sarawak will be hosting two international sporting events in 2019 namely the 21st Asia Masters Athletics Championship (21st AMAC 2019) and the  2019 World Paralympic Swimming Championship. This was announced by Minister of Tourism, Arts, Culture, Youth and Sports Sarawak Datuk Abdul Karim Rahman Hamzah during a press conference held recently on the two upcoming events which are expected to attract thousands of athletes from all over the world..

Abdul Karim thus thanked the state officials led by Assistant Minister of Youth and Sports Sarawak, YB Datuk Snowdan Lawan for doing a good job in ensuring that the event will take place in Sarawak in about two years from now with over 2,000 athletes from 30 countries are expected to take part in the 21st Asia Masters Athletic Championship.

“Organising this event is good for Sarawak’s tourism industry as these athletes who are in the masters’ category are mostly family people. They might bring along their family to Sarawak when they participate in competitions during the time,” he said.

As for the World Paralympic Swimming Championship, he anticipates that the event will also attract a lot of participants from all around the world as they might use the championship as a platform for warm-up to the 2020 Summer Paralympics in Tokyo, Japan. It will also be the first time that Sarawak hosts a sporting event with swimmers from around 80 countries participating.

“We have organised a few international sporting tournaments before this and I am sure we are ready to host the two events. We also do our best in preparing for the two events in 2019,” he commented. Apart from that, Datuk Abdul Karim also revealed that a special management committee for both competitions, involving the private sector would be formed so that the expenses of organising both tournaments would not be incurred by the government alone.