Sarawak to send 500 athletes to 19th Sukma in Perak 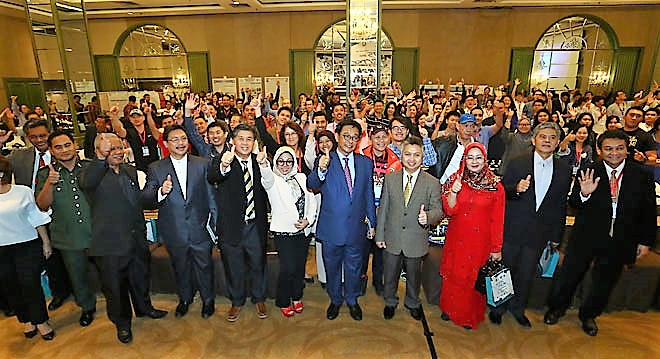 Posted at 13:42h in News by Imelda Anyie 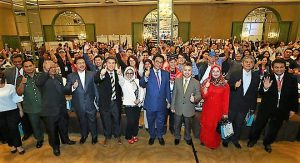 KUCHING: Sarawak will send almost 500 athletes to compete in the 19th Malaysia Games (Sukma) to be held in Perak this September.

This was revealed by Minister of Tourism, Arts, Culture, Youth and Sports, YB Datuk Abdul Karim Rahman Hamzah who noted that Sarawak will be among the biggest contingents participating in the biennial national sporting event.

“It is our hope that Sarawak will be able to emerge as champion at this year’s Sukma seeing that the the last time the state won the games was more than 20 years ago. We are often at second or third place so this time around, we hope to be able to win the overall champions title,” he said in a press conference after officiating the 5th International Seminar on Sports & Exercise Psychology 2018 on behalf of Chief Minister of Sarawak, YAB Datuk Patinggi Abang Johari Tun Openg on February 6.

On a related matter, YB Datuk Abdul Karim had also announced that Assistant Minister of Youth and Sports, YB Datuk Snowdan Lawan has been appointed to be the chef-de- mission for Sarawak contingent to Sukma 2018.

“The state cabinet has agreed to appoint Datuk Snowdan Lawan to lead the Sarawak contingent for this Sukma.

With taekwondo, weightlifting and sepak takraw dropped as core sports by the National Sports Council for this coming Sukma, YB Datuk Abdul Karim acknowledged that this would no doubt affect the state’s preparation and target to win more gold medals.

“However, we will discuss this matter in a meeting with the Youth and Sports Minister this February 8 (tomorrow) where all the sports executive committee and ministers in charge of sports will be present. We hope that these three events will be reinstated because these are core sports that must be held,” he said.

Of the three dropped events, he pointed out that taekwondo and weightlifting were regarded as Sarawak’s major medal contributors in view that the state often dominates these events during competitions.

“By dropping these events, we may lose out on at least 15 gold medals and this in turn will no doubt affect our chances of winning the overall champions title,” he said, adding that in the last Sukma, Sarawak managed a clean sweep of gold medals for taekwondo while the state’s potential was clearly shown during the first weightlifting competition held two years ago.