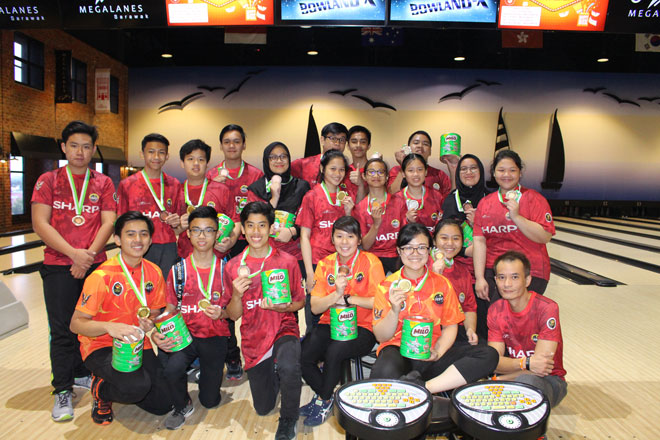 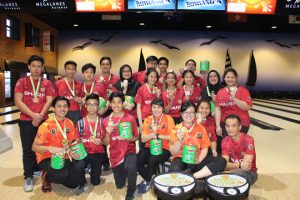 KUCHING: Local junior bowlers stamped their mark at the Sarawak leg of the ongoing Sportexcel-NSC-Milo-MTBC Junior Circuit bowling championships 2017 which was held at the Megalanes Sarawak, Batu Kawa recently.

The upcoming Sarawak bowlers bagged five out of the six categories of the two-day competition which were participated by 57 locals and 30 junior bowlers from neighbouring Sabah.

The only bowler who prevented a clean sweep by Sarawak team was Cara Loh Wai Theng from Sabah who lifted the Girls’ Under 12 crown with her eight-game total score of 1,627 pins.

Lavinia Kho Jia Jie came in second with 1,547 pins while another Sabahan Nur Wardina Polinu was third 97 pins further back.

In the Boys’ Under 12 category, Sarawak made a clean sweep of the top three positions, with Marcos Chang Hao Hong finishing on top with 1,701 pins, followed by Mohammad Hanif Irfan Sulhie with 1,646 pins and Goh Min Jie with 1,494 pins.

Aina, the top seed, lost the first game 165-179 to Farah but came back strongly to win the second game 188-180 in the step-ladder finals while Gillian Lim finished third placing.

Seeded number one during the step-ladder finals, Hazirah rolled out a good score of 200 pins to beat second seeded Nur Haziqah Ramli who posted 151 pins.

Meanwhile, it also took only one game to decide the winners of the Boys’ Open and Boys’ Graded category step-ladder finals.

The grand finals of this year’s Sportexcel-NSC-Milo-MTBC Junior Circuit bowling championships 2017 is to be held at Sunway Megalanes in Kuala Lumpur from December 18 to 19 where only the top qualifiers will join in the fray for top honours in Malaysia’s prestigious junior bowling event.