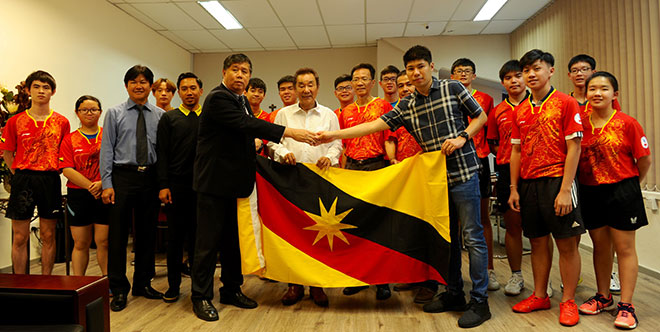 Posted at 08:03h in News by Imelda Anyie 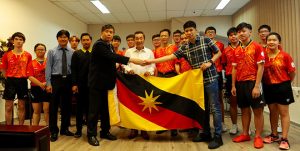 KUCHING: Sarawak may cafe still challenge in the efforts to defend the title in the Malaysia Milo Youth & Cadet Table Tennis Championship 2017

which is being held in Kampar, Perak from October 18 to 21.

This was announced by Sarawak’s table tennis assistant team manager, Chung Kui Chai who said it will be no easy task as the team is missing the services of two key players namely Derrick Tsai and Crystal Tiong because they are sitting for their Sijil Pelajaran Malaysia (SPM) examinations very soon.

“I am quite certain that the other teams will be going all out to dethrone us and we are hoping that our national paddler Alice Chang Li Sian and two national youth paddlers Karen Lynne Dick and Christopher Goh Kho Hian Hui will lead us to another good result,” he said.

According to Chung who is also Sarawak table tennis technical and development officer, traditional arch rival Selangor will pose the greatest threat to the state’s paddlers who are competing in the Boys’ Under 18, Boys’ Under 15, Girls’ Under 18 and Girls’ Under 15 will be competed at the two-day meet to be staged at UiTM Kampar Hall in Perak.

Meanwhile, Sarawak Sports Corporation (SSC) Chief Executive Officer, Dr Ong Kong Swee had expressed his optimism for the state team are able to do well in the national meet and he wished them all the best during a flag presentation ceremony held at his office at Sarawak Stadium, Petra Jaya recently .