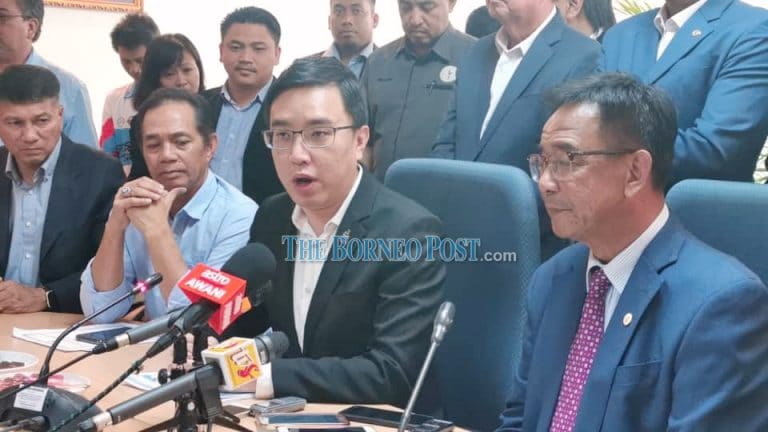 KUCHING: The Ministry of Youth and Sports Sarawak and Sabah have agreed to set up the East Malaysia Sports Commission (EMSC).

The agreement to set up the EMSC was reached at a joint meeting between the two ministries at the Sarawak Office of Youth and Sports at the Baitulmakmur Building, Petra Jaya, here today.

Apart from Phoong, the meeting was also attended by officials from both Abdul Karim and Phoong’s ministry.

According to Abdul Karim, the proposal for the establishment of the EMSC is to facilitate the organisation of more sports programmes in Sarawak and Sabah, including other places in the Borneo Islands.

“We in Sarawak and Sabah face some obstacles when it comes to promoting sports in these two states. Previously we had the National Sports Institute (ISN) under the federal government but it was terminated.

“So it is our hope that the establishment of the EMSC will develop sports in Sarawak and Sabah to a higher level,” added Abdul Karim during a press conference held after the meeting.

Meanwhile, Phoong, who said that it was his first visit to Sarawak after being appointed as the Youth and Sports Minister of Sabah, also said that apart from the EMSC, there was a discussion on the possibility of the two states organising international sports events together in the future.

“I see Sarawak and Sabah have the potential to become a sports hub development especially when the Indonesian administrative center moves to Kalimantan, so I hope to see the two states working together to meet the challenges and seize sporting opportunities in the region,” said Phoong.