Role of coaches lauded by Chief Minister of Sarawak 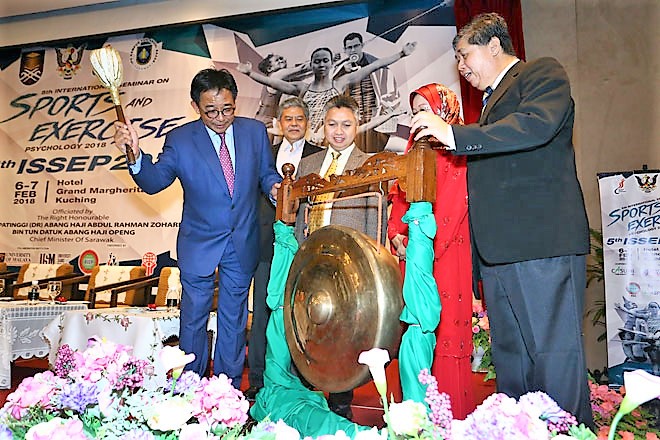 07 Feb Role of coaches lauded by Chief Minister of Sarawak

Posted at 13:50h in News by Imelda Anyie 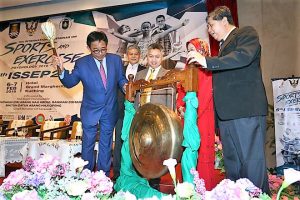 KUCHING: Coaches are one of the most important contributors to the country’s success in sports, said Chief Minister of Sarawak, YAB Datuk Patinggi Abang Johari Tun Openg.

According to him, though the nation’s athletes are the cream of the crop who are provided with the best training, best facilities and best support, the coaches must not be forgotten.

“They are the ones who gave us athletes such as Azizul Awang, Nauraj Singh Randhawa, Farah Ann, Khairul Hafiz Jantan and of course Sarawakians like Welson Sim, Pandelela Rinong and Heidi Gan.

“Who spotted them for their talents, trained and groomed them until they were able to represent our country? None other than their coaches,” he said in the text of speech read by Minister of Tourism, Arts, Culture, Youth and Sports Sarawak, YB Datuk Abdul Karim Rahman Hamzah at the opening ceremony of the 5th International Seminar on Sports & Exercise Psychology 2018 held on February 6.

As such, the Chief Minister stressed that more focus should be placed on coaches who must be given the tools and knowledge to enable them to be even better at finding new talents for the future.

“A country that has a sporting culture will have athletes, coaches, sports administrators and experts that are well versed in the various aspects of sports. They would be very competent and knowledgeable about the sciences involved in making a successful athlete in terms of nutrition, conditioning, the psychology element and the planning and developing of specialised training programmes just to name a few” he added.

“On the seminar which was co-organised by Sarawak Sports Corporation and Institute of Teacher Education Tun Abdul Razak Campus, the Chief Minister was elated to witness both national and state agencies working together to bring in sports experts from various government agencies as well as overseas institutions for the benefit of coaches here in Sarawak.

He pointed out that the two-day seminar served an excellent opportunity for coaches to gain as much knowledge as possible, establish networks with the speakers from Korea, Taiwan, Japan, Hong Kong, Thailand and Malaysia as well as prepare themselves to apply some of the newly found skills and know-how into their daily routine.

“A close cooperation between all the parties concerned is very important to develop the networks that will be able to bridge the academicians with the coaches in the field.

“It will allow the incorporating of research findings into the coaches’ training regimes and programmes, thus making their approaches more scientific and well organised.”