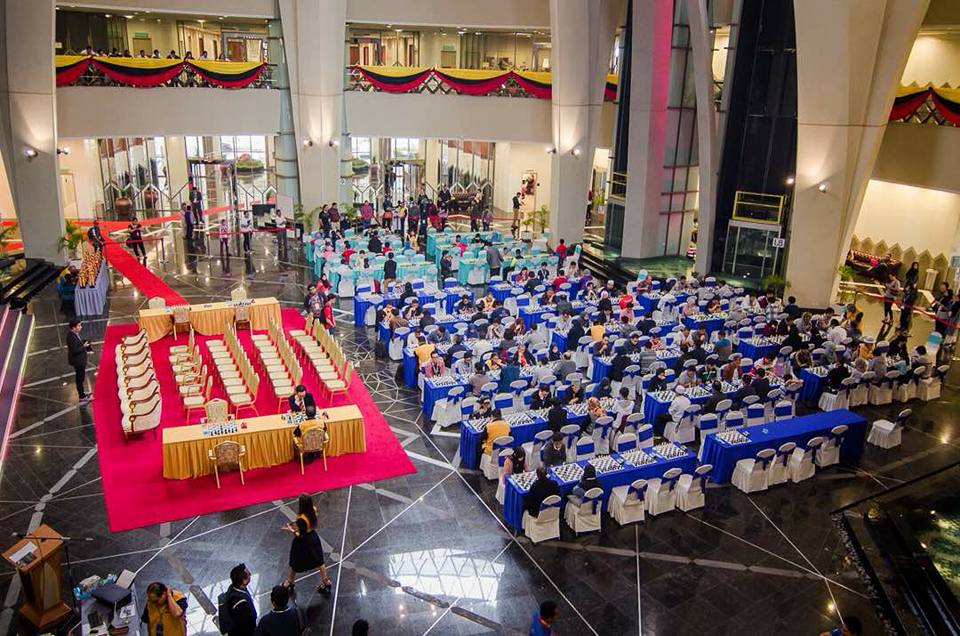 Posted at 17:46h in News by Imelda Anyie

KUCHING: Over 200 participants took part in the recent Sarawak International Chess Competition 2018 which was held at the State Legislative Assembly (DUN) Complex in Petra Jaya on March 3.

The opening ceremony was performed by Sarawak DUN Speaker , YB Datuk Amar Mohamad Asfia Awang Nassar who in his speech urged youths to take up the game and to keep them love of the game alive.

“We must keep on promoting chess and not allow it to fade away. It is a beautiful game,” YB Datuk Amar Asfia who is the advisor for the competition and he viewed the event as an occasion where people could see members of the DUN and the public, as well as competitors from other countries come together over a chessboard.

The event was held as a run in conjunction with the 150th anniversary of DUN Sarawak and took place at the atrium of complex where participants from all Malaysia as well as those from the Philippines, Indonesia, Sri Lanka and Nigeria. Also present at the event was Assistant Minister of Urban Planning, Land Administration and Environment, YB Datu Len Talif Salleh who was the organising chairman.